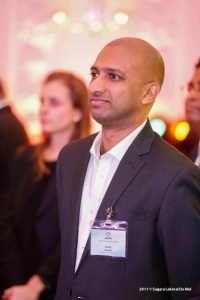 Kapruka.com is Sri Lanka’s largest e-commerce organization. With over 15000 products and over 30 types of distinct services Kapruka has set the bar for e-commerce footprint of Sri Lanka. Kapruka primary goal to provide a world class service to Sri Lankan’s who shop online. Kapruka was formed in 2003 and it’s principals were set by a single entrepreneur. Since then growth of Kapruka has been exponential with global presence and work force over 400 skilled employees in Sri Lanka. Kapruka has established solid partnerships with over 300 renowned brand names and it offers quintessentially Sri Lankan products of the highest quality. The extensive range of gift ideas combined with its impeccable professional standards has created a satisfied and loyal customer base. It is innovations inspired by the company’s spirit of creativity and passion that has resulted in its unprecedented success. Kapruka remains ambitious and committed towards finding original ways of connecting Sri Lankans across the world.
Today, Kapruka is 400 people, handling more than 500 orders a day and over one billion rupees a year. It’s a cash cow, Dulith explains honestly, pulling up the numbers, and it works.

The Global Shop is the second chapter of Kapruka’s operations, one that’s propelled Kapruka into the limelight in Sri Lanka. In one sense, it’s totally disruptive innovation – a seemingly simple idea that nobody thought, cared or capitalized about until Dulith arrived and made it work, flipping over a sizeable part of the retail economy on its head in the process

his latest venture Grasshoppers, which is an ecosystem of self-employed drivers that help SME’s do e-commerce delivery. Several parties, including UN organisations, have expressed interest in exploring opportunities to introduce Grasshoppers to their respective countries due to the unique way it connects SME’s in developing countries to e-trade/e-commerce. According to Dulith, Grasshoppers helps to overcome the three main barriers to e-commerce faced by SME’s (import and export barriers, payment gateways/ alternative payment options, and door-step delivery).

Dulith Herath was originally from what he terms a very poor family. He is descended from a grandfather who was a hunter. His father was an entrepreneur who started his own construction company and worked 18 hours a day to run the business and support his small family. His mother was a housewife looking after the family and home. Dulith Herath is very proud about the fact that within the time period of 3 generations he was able to turn the family fortunes around from what terms “Veddha to Luxury”.

Dulith Herath asserts that he was curious from childhood and liked to dismantle toy cars to find out how they worked. This was at a time when computer technology was entering households. This combination led to his childhood passion for technology and was a driving force in his thirst to invent and interest in Artificial intelligence. As a child of eight he built an interactive robot that was able to shoot fireworks as well.

As a young boy, Dulith Herath had high aspirations and requested his father to send him to Royal College. He admits quite openly that he was able to gain entrance to Royal College through political connection fostered by father through a chance meeting in a petrol shed. It seems his ability to utilize his prospects and turn them into opportunities in business has been a skill learned from watching his father.

Attending Royal College gave him access to a good education and association with like-minded boys who were tech savvy geeks. At around the age of 13-15 years, Dulith Herath initiated and managed a ‘Whiz kid club’ at Royal College and developed his skill for coding first using the resources at the school computer lab. He was so enthusiastic that he cut class to spend time in computer lab. He was President of the Royal College Computer Society continuously for eight years in a row.

Requiring a computer of his own, his resourcefulness came into play again as he convinced his uncle to contribute to buying him a personal computer when his parents couldn’t afford to buy one on their own for him.

He started earning young through selling software and assembling and selling computers to his friends. He was resourceful enough to become self-sufficient as a teen and able to almost afford a car by the time he was doing the G.C.E. O/L’ exam. At this point his room was a mini science lab with 8 computers for his coding work.

However he was ignoring studies due to his extra-curricular activities. His Father cautioned him and encouraged him to do better in studies. Taking the advice to heart, Dulith Herath refocussed attention on his studies and improving grades to be ranked 7th in the Island for the G.C.E. A/L’s exam, even though he failed one of his 4 subjects.

Having performed well at G.C.E. A/L exam he had the opportunity to study overseas at the University of Kentucky. His parents again came through for him and supported in sending him to the USA to study Artificial Intelligence as he wanted. Dulith Herath worked 4 jobs while studying there and persevered academically as well.

It can be observed that Dulith Herath has a knack to identify a gap in the market and find a practical solution for it. This is first showcased by the incident of him developing a Sinhala font independent email system which allowed sending an email as an image so that the cumbersome function of installing Sinhala fonts each time became redundant at the time – he was able to patent this invention in Sri Lanka and believes this to be his first successful project.

Seeing that searching for exact locations on a virtual map would be useful, he next went on to develop sithiyama.com which hosted digital map of Sri Lanka providing an early Google-